Neurodivergence and the Path to Enlightenment

At the start of this year, aged 40, I was diagnosed with ADD

The diagnosis has helped me make sense of a lot of things that I’ve struggled with throughout my life, but has also left me with a lot of questions.

Having researched post-diagnosis, I found out that it can be a hereditary condition which, as a father, left me with some concerns. It made me reflect on how it’s affected my life to date, and what an earlier diagnosis may have meant. 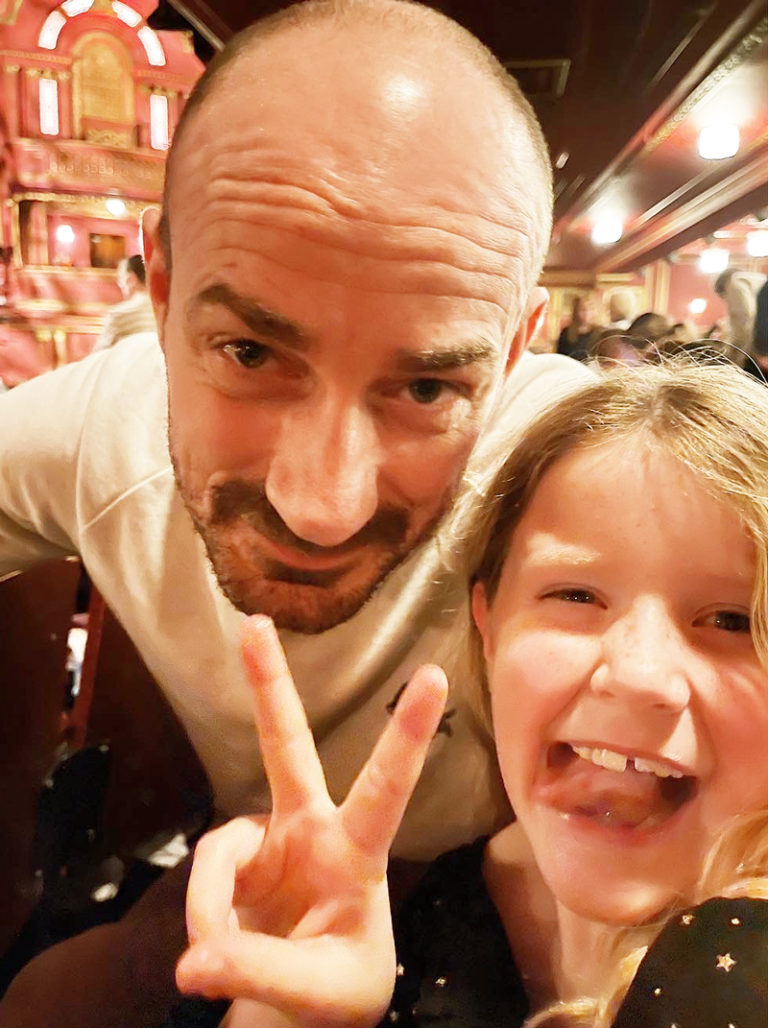 A GAME OF TWO HALVES

ADD means that I struggle to concentrate on anything that doesn’t interest me. My mind wanders, I read pages of words and don’t take a single one in, drift off into my own thoughts, am messy and often start things I never finish.

However, ADD also means when I’m interested in something it can become obsessive. I want to know every detail of the subject and will pursue it wholeheartedly. This obsessive nature has taken me on a journey in life that has  been enriching, varied and exciting.

A SYSTEM FOCUSSED ON ACADEMIA

I have never been motivated by money so never had an interest in chasing a career that pays well at the cost of happiness and left school at 18 with no idea what I wanted to do to put food on the table.

I went to a school focussed on academia, where creative subjects treated as a bit of a joke, so I never really fully applied myself in them. I would sit in my ‘academic’ classes tuning out of what teachers were saying and drawing all over my textbooks. At home, I’d spend hours trying to redraw covers of Point Horror books, or copy illustrations from 2000AD comics stolen from the art department. At 13, I was introduced to skateboarding through a friend who took me to a local skatepark, and it became a new obsession. I spent pretty much my entire teenage years and beyond skating every day.

Through skateboarding I travelled the country from St Albans, to Northampton, Harrow, Bristol, Bath, Wakefield. I found a group of friends who were equally obsessed with the sport, learned how to build ramps, which I was useless at, often being demoted to nail straightener (using a hammer to flatten out bent nails so they could be re-used). Ability aside I found huge satisfaction in the pursuit of making something that I could stand back and proudly look at, and that had a purpose in the world.

Through my travels skating I started to notice graffiti along the train lines and at the skateparks. At home, replicating horror book covers was replaced by obsessively drawing letters, trying to copy what I’d seen on my travels. My drawings stayed as just that until long after I left school. A girlfriend at the time bought me a bag of spraypaint and encouraged me to go and paint. I did and from the first time my finger pressed down on the cap I was completely hooked. Painting became all consuming and I would take every given opportunity to get outside and try and push myself out of my comfort zone. I met some incredible friends, people I’d trust with my life, and travelled the UK and Europe with them painting and partying. Every hour clocked at work was more money to throw back in to my passion.

Through painting I had a chance encounter with Garry Milne, a friend I met through skateboarding. He was finishing up an illustration degree and invited me to his show at a University of Hertfordshire. His work blew me away and we reconnected through art. So great was the impact of his show (and the concept that I could do a degree in something I was really passionate about) that I decided to jack in my job, and enrol on the course, dead set on becoming an illustrator. The course was a dual pathway, meaning you studied illustration and graphic design in the first year and split off into two groups for the second and third years to focus on a single discipline. If I’m honest, I don’t think I knew what graphic design was when I enrolled but figured I could probably stomach it for a term if but meant I could move into the second year to focus on illustrating.

The first day of the graphic design module was like the first time I pressed down on the cap of a spray can. I knew instantly I’d found something I wanted to do for the rest of my life. My three years at Uni were incredible, and as a mature student the privilege of being able to spend all day every day doing what I loved wasn’t lost on me. I’d worked enough jobs I hated to know what the grass looked like on the other side. I spent every waking hour pushing myself to improve, learning software, researching for briefs, pushing type around grids, studying books and magazines and searching for the big idea. A tutor told me that the important thing to remember was that it isn’t a clients job to bring you an exciting brief, it’s your job to take a brief and turn it into something that excites you. It’s stuck with me and suddenly I began to see everything as a creative challenge. Industries / subjects that my ADD would previously have switched me off to suddenly fascinated me and hooked me in.

I dreamed of having my own agency, and left Uni to work under the direction of Heidi Lightfoot and Katja Thielen. They were patient, generous with their time and were transparent about how they ran the business. I worked there for 6 years and learned something every single day. They showed me what it was like to run a business where you can earn a living surrounded by great people, doing something you love, and that you can bring out the best in people through trust, encouragement and respect. GRAVITATING TOWARDS WHAT YOU LOVE

Today, I look proudly at Forty Eight Point One, the agency that I’ve played a part in building. Sixteen people who all put passion and craft into everything they do. People that care about what they put out into the world, have strong moral compasses and treat each other with respect. Our client list is growing and, through a collaborative process, we’ve built relationships with them that feel like friendships.  We’ve travelled to Norway, Venice, Dallas, Edinburgh, Somerset, Glasgow and Bologna. We’ve navigated through pandemics, a recession, the great resignation, the exit of a director and no doubt there are countless challenges lying ahead. It’s stressful and all consuming, but it never feels like work.

ADD has left me with no choice but to pursue the things that I truly love. It’s meant I can’t fake it or take a path that might be the traditional route. It’s helped me gravitate towards a career path that I love through a series of incredible experiences.

So am I still worried about whether it’s passed down to my daughter? Absolutely not. My job as a parent is to encourage her to pursue the things she loves wholeheartedly and to forge her own path of fulfilment in life, neurodivergent or not.

And I can’t wait to see what that looks like.