Got kids to meet, faces to lick, playdough to consume. Do not rush back.

I’m currently writing this in the midst of a disconcerting number of boxes, ready to move house.

I’m also counting down the minutes before we collect our daughter from her last day at her current nursery; the conclusion of 9 months of fulfilment in its purest form.

Each day she swaggers in more fearlessly and hopeful than the last, beaming from ear to ear, nonchalantly waving us goodbye at the door in a manner that says “Got kids to meet, faces to lick, Playdough to consume. Do not rush back.”

Blessed with an environment most are lucky enough to experience once in their lifetime, she’s been empowered to explore, express, play and create. A safe space to develop her own thoughts before babbling them proudly for all to hear. And the optimum conditions to learn that it’s alright to fall on your arse, you’ll continue to fall on your arse, and that the more you fall on your arse, the quicker you get at pulling yourself back up – a pretty wild thing to learn before the age of two. We either didn’t see it coming or, somewhere deep down, perhaps chose not to.

Back in March 2020, when Covid forced us to close our studio doors, we were aware that we were saying goodbye to a world we had assumed was forever.

We were one of the fortunate businesses to survive. But subtly working away in the shadows was a shift, not only in individual desires but cultural demands. We either didn’t see it coming or perhaps somewhere deep down chose not to.

Places with faces had been replaced with screens and isolation.

Meetings that had concluded with the collaborative exhale and the subsequent “that went well” or “thank god that’s over” were now ending abruptly, leaving people feeling unable to share concerns, ideas or ‘well dones’ in the immediate aftermath. Those who had previously been swimming along just fine saw their mental health rapidly sink to depths they weren’t aware existed.

Yet newfound hobbies turned into real-life passions. The lack of daily commute meant people’s mornings and evenings were reclaimed. Ample time had been freed up to pause, reflect and question their current career trajectory. Families got to spend more time together. New parents had the chance to see their newborn grow. Others were no longer left alone.

And at Forty Eight Point One, our Monday huddles, Friday lunches, post-work drinks, meet-me-by-the-kettle debriefs, relentless coffee runs, hotly contested Spotify playlists and popping cheap bubbly in aid of a client win were all seemingly impossible to replicate with matching influence or impact via Zoom.

Those pre-covid rituals that had formed the early shoots of the Forty Eight Point One culture, suddenly began to wilt away. But what replaced it was a new sense of freedom and flexibility. 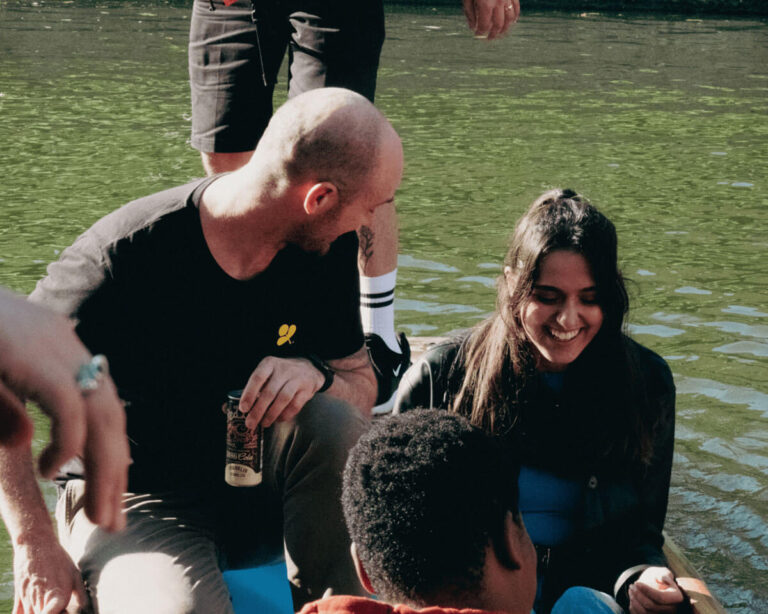 We now had a heightened responsibility to not only listen but urgently reshape what the 'Forty Eight Point One culture' looked like.

Before we knew it, three long-standing team members had handed in their notice at the same time a new group of personalities were perching their feet under their makeshift desks at home, ready to begin their working life at Forty Eight Point One.

And when reaching out to the team, it was crystal clear that the things people valued in life outside of work had not only taken on increased importance but in some cases an entirely different form.

A necessity for continued and genuine flexibility had leapt ahead. And there was an increased hunger to learn, improve and develop skills outside of what they were hired to do.

As leaders, we now had a heightened responsibility to not only listen but urgently reshape what the Forty Eight Point One culture looked like.

This means there is now an urgent need to reassess our benefits to not only support but enhance life outside of the 9-5. To completely re-evaluate how we develop our people. To fully embrace flexibility in all its forms. And to double down on efforts to create a studio environment that people feel compelled to visit.

Frankly, if we can’t make our studio an equally desirable place to work than somebody’s living room sofa, then we have failed – dismally. So we’ll let our team decide with their feet on that one. A community is a group of people who choose to grow together.

Deep down, regardless of title or hierarchy, we all continue to seek those rare environments that foster the kind of culture that truly empowers us to play, create, express ourselves and feel liberated enough to continually fall on our arse – all in the spirit of progress.

So collective fulfilment in its purest form remains the ongoing goal for Forty Eight Point One. The only thing that’s changed is quite how we achieve that. A voice of one